Face sitting , specifically riding someone’s face – Apparently its because you are endangering the lives of someone by getting eaten out.

BASICALLY BY THE NEW YEAR, YOU WILL ONLY BE ABLE TO WARCH HETRO MISSIONARY SEX AND THATS IT.

Whilst this is going on. The Snoopers charter is being signed. This gives government the right to check every site you are looking at, at all times. They will also be blocking sites that have sex or discussions of sex which they deem as “dangerous” even though its all consenting adults.

Turns out being kinky is being banned in the UK, I don’t know what sort of world we live in right now, but its really shitty to be in this situation. Let’s prey all of this gets dropped and we can go back to normality.

In a first of many (I hope) we are doing a segment called “Fuck You, It’s Your Turn”. This is about interviewing people of interest, great bloggers, friends, family and others.

This one this week is with Selene, the creator of hoochie-coochie-hotsauce, the amazing sex positive blog. This beautiful young woman has honestly been a dream to talk to both in real life and this interview. If you are on tumblr please follow her, you will not regret it!!!

As you could probably guess this is NSFW, contains sexual language and all views are of the person/s interviewed. Also just as a content warning there is also discussion on consent and may not be a good read for some.

So before we start can you quickly tell me about your blog? Why did you start it?

I started my blog because there was a lot of sexual misinformation going around. There needed to be someone to stand up and educate people on safe fun trusting ways to have sex.

Have you received any good or bad feedback from having such a sex positive blog on Tumblr?

Not as of yet, but I went into this expecting some resistance from groups who promote abstinence, or feminist extremist culture groups.

Do you think, in today’s climate, that there is such a pressure to have great sex and to look pretty?

I do, we see fashion magazines pushing weight lose and “get your summer body now”, and plenty of sex articles on “10 ways to have great sex”. We should all learn to explore each others bodies and figure out the pleasure points, instead of following an article that probably isn’t true and gives misinformation.

It also doesn’t help that celebrities, who young girls and young boys idolize, conforming to the pressure you see out there

Recently in the news there has been a massive pressure on “TopShop” to change the size of their shop models to a more realistic size. Do you agree that clothing manufacturing groups should do that everywhere, to create a much better body positive attitude or do you think that the companies should have a choice?

I think the companies should have the choice. It’s not our right to say whether or not a store (that is privately owned) should change what they do with mannequins. Also the mannequin isn’t there to make anyone feel good, it’s there to display the clothing, its just there to show people what the outfit looks like off of a hanger. I think some people forget that. It doesn’t help that pressure comes from all angles to be a skinny model shape. We all aren’t 6ft plus and skinny as a rail like models are.

Body positivity doesn’t start with a mannequin, or an article telling you what you should do, or how much you should weigh. It starts with inside of you, you have to accept who you are, and if you don’t like who you are, you have to make the healthy smart changes for that.

No. The reason I think they shouldn’t have been banned is because everyone has a fetish and, if those kinks aren’t being fulfilled, frustration builds. It can hinder daily life.

The issue with a card is it also gives those sites permission to charge for what ever they want, whether it’s an entrance fee or a minimal charge per video viewed.

Do you feel like the sex industry (in all forms) is taking advantage of people who are in desperate situations? Do you think that sex work should be decriminalised throughout the world for the safety of workers?

By and large yes, especially in the caming industry, there are girls that are being forced to work for the minimum amount to survive, they work 12+ hours a day and are taken advantage of by their studio managers, not only financially but physically too.

I do believe that sex work should be decriminalised, unless the worker is being exploited. There needs to be a safe outlet for the workers to turn to if they need help. If they stay out of jail they can continue to feed their families and progress towards a better life.

Do you feel that, with all these restrictions, peoples safety will be put at risk, because of how uneducated they might become?

Uneducated about sex, with no knowledge or understanding, sorry I worded that badly

It’s okay. Yes, if women and men are entering this field they need as much education as possible, whether it is self defence, birth control options, a buddy system, or education about drugs. It needs to be done. We will see less women and men being hurt, taken advantage of, and contracting STDs/STIs.

What does consent mean to you?

A lot of your entry’s talk about lube, what is your favourite brand?

Well my favourite is probably “ID Glide”. Its a water based lube it has virtually no smell and is super easy to clean off toys or even sheets. 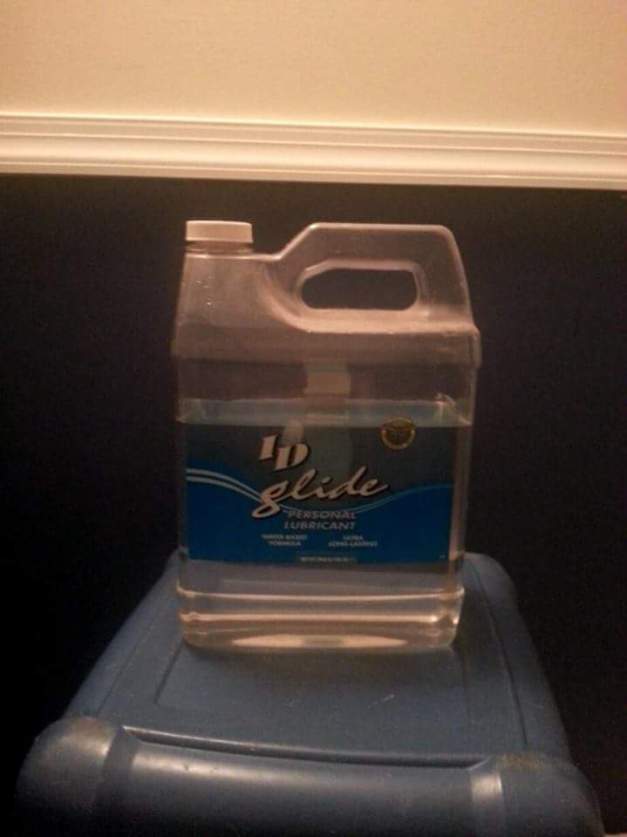 If you could design a sex toy, what would it look like?

Hmm, something along the lines of the rabbit head (on the rabbit vibe) with a g-spot attachment for the magic wand, both stimulations create one explosive orgasm.

I would call it The G Bunny!!!

Which is your favourite toys and / or companies?

How does Clyde (the husband) feel about your blog?

He supports it 100%. He sees that there is a huge populace out there that is so uneducated about sex. He has even helped me with “research”. He understands that people will engage in sexual activity and that it is a biological need. He, like me, wants people to be safe, smart, and have a lot of fun while having sex and exploring other kinks in the bedroom.

Have you had any unusual requests on your blog?

To be honest, no. I think people are scared to ask about the unusual, I think they fear that they will be judged in a negative light. With my blog that’s just not the case. It’s a safe, secure place for anyone to ask and explore and no judgements will be passed. We all have our special kink, so be open about it and let others know that it is enjoyable.

What is the best question you have been asked so far?

Hmm, probably about my sex life, people look at me and think I’m modest or a “do it in the dark with the lights off” kind of person but I’m far from it, I have a toy collection and I bring it into bed with me. I love sex, and the connection it brings me to my husband. I just want others to have as fulfilling of a sex life as I have.

What would be your top 5 music tracks for when you are getting it on?

I have never listened to music during sex. I like the sound of the other person, I  like to focus on the movement of their body. I also talk during sex. Could that be classified as a sound track?

That could be considered music.

Beautiful music at that 🙂

Finally, if you were a fruit, what fruit would you be?

Lol umm, that’s a good question. I think i would be a mango, because it’s sweet and soft. It is also a pretty popular fruit.

Thank you for answering all my questions

I had fun answering them.

If you want to know more about Selene or her blog, head on over to hoochie-coochie-hotsauce and start following it!

Thank you for reading and keep an eye out next Friday for another interview!