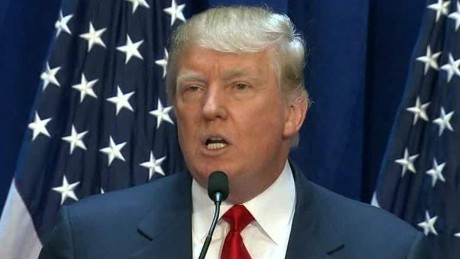 OK, so since I live in the UK clearly Trump isn’t my president but I am still really pissed that he won. Like how did you guys think it was OK to actually vote for him.
It’s not the fact that  he’s not even a political figure or that he spent the whole time of his campaign being as offensive as he could, but the bit that winds me up more than anything is that he thinks that his behaviour is “good for business”

Now everyone’s going to say that its just the media and he didn’t mean that stuff, but MILLIONS OF PEOPLE VOTED FOR THE WALL!!!! He then tried to reign in the hate and we thought, you know maybe, just maybe he’s actually seen sence but now he’s choosing come of the worst of the worst to work with him.

He thinks it’s some sort of reality tv show, posting on Twitter about how he will be sorting the finalists out. What the hell are you thinking? Also for the record, why the fuck are you working with Nigel Farrage. That cunts hated by a large majority of the UK MPs , you dont start a good term in  office with him being your right hand man for anything Brit related.
He’s even got upset because people in a Broadway musical called out his vice president for being the homophobic piece of shit that he is. The same comservates who support him and have been bitching about how we are upset about Trump’s words, are now themselves upset because their Vice President was told (very politely) that people were not happy.

And to top all of this off. There will be kids out there looking up to him. People thinking that it’s OK so sexually assault, rape, be racist. Because not only was Trump not attested, he was made a fucking president. Now what sort of example is that.

I just hope that these 4 years go quickly because its going to be a bumpy ride.

Also I dont know what else I can do to top my protest I did the other week because that hurt my ass.

I think I’ve already posted about my fears before, and I think this is the same thing but I will explain again things that make me shit myself with terror.
Furbies – fuck that!!! I have a phobia of them, honestly they are the scariest thing in the world.
Loosing my family. That scares me, I don’t know what I would do without them.
Loosing all my contacts. What happens if I’m in an emergency? There will be no one to get hold of.
Donald Trump. Sorry supporters, but he terrifies me.