A False Assumption Of Abuse

I didn’t think in this day and age I would have to say this, but regardless of how you as an an individual see some fetishes… Consenting sexual acts between two or more people (of legal age) does not equal to domestic violence and abuse. I have heard it said so many times from people outside of the BDSM scene, that its beyond a joke. If a sex act isn’t your cup of tea, don’t comment. Just walk away or kindly explain as to why you do not like it. NEVER , EVER, throw out the idea that the individuals in question are in an abusive relationship. Now that’s not so say that there isn’t domestic violence in ANY BDSM relationships, that’s not true. I have heard some horror stories and been in an abusive relationship/s, but the Dom/Sub roles had nothing to do with it. The issues I personally faced was that the partner took limits far, and refused to stop when I said no more. This was abuse.
The thing is, honestly I don’t think I could date anyone who is “vanilla”. With someone who’s a fetishist, you know what they want, straight of the bat (or whip or paddle depending on what you like 😉 ). There is a moment of honesty at the beginning of a relationship where you say your likes and dislikes and you know from the start whether you want to be with that person or not. Now my kinks are in some peoples eyes very “extreme”. I enjoy “knife play” , violation fantasies , tattoos, piercings, I would certainly like to be suspended from hooks at some point. Also I have enjoyed beatings far more than just the average whip and paddle. This is the point where the reader and a few friends that are reading this, realises that I’m the sub. Yes, I’m not the Dom in the relationships, whilst I am a “switch” I know my place and know what makes me happy. I also realise that to someone who isn’t in the scene, this is a terrifying notion, to like something so extreme. But do you know that NONE of these acts that happen to me, in MY EYES are abuse. And here is why.
ITS CONSENTED
ALL OF IT!!! 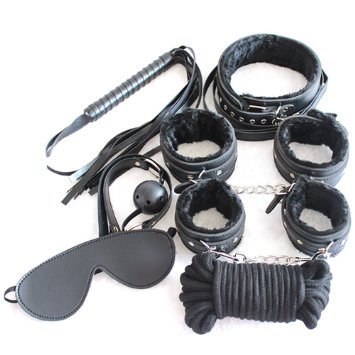 If a partner/s ever did it without my consent. Then yes, that would be abuse. I consent to what my partners do to me. In fact I am in control throughout any “scenes” or “scenarios” we decide to act out. We use safe words, and if I am unhappy it is stopped, straight away. Please do not say that because my partners beat me in a consensual its abuse. For starters that’s just wrong and a false assumption, and secondly from someone who has been physically abused in relationships, it some how feels like you are invalidating that experience that I had and covering it up with false accusations. It may not seem harmful to you but it does to me. What had happened with previous partners was horrible, it was systematic abuse that I managed to get out of and resolve in my life. What you are doing by “accusing” innocent people, is making it harder to actually talk about my relationships in public. You are also reminding me of times when I was abused when I am with my current partners. And that’s not what I’m honestly wanting at the moment.

I’m just asking that before people open their mouths, because it can actually hurt.