It has been over 10 years now since I have touched heroin and coming up to 8 years since I last smoked crack cocaine. I wanted to do this whole beautiful post about how being a recovered drug addict has improved my life and how wonderful being recovered actually is, but this isn’t some fucking fantasy and i will never be recovered, just in recovery.
I mean I dragged this post out for almost a good year or so because I was hoping that I could give you all some inspirational bullshit about how bright and shiney it all actually is but I think from this post I am beyond sugar coating it all for everyone.

Recovery has been really fucking hard. It’s like having this continued itch in the back of your mind that needs to be scratched. You don’t think I still do not want the sweet release for just a day? Fuck yes but it would ruin both my life and bank account to feel that warm blanket that feels like a kiss from god. You ever felt like you can take on the world? That’s what crack feels like but I am beyond broken to deal with the withdrawal it would just bring me.

It’s a day to day battle. And it’s not just the whole “delete numbers, cut contact, 12 step” battle you find written down, but AN ACTUAL STRUGGLE.

It’s having to maintain my pain levels based on whether medication will give me side affects that cause me to feel withdrawn again. It’s constantly looking in medication ingredients lists, and the panic knowing that you are going to have surgery and the automatic that they give you morphine to manage your pain, and just that small taste can bring it all fucking back to you. It is days when you are feeling depressed and you just need a pick me up or just something that will make you just feel OK to survive the day.

There are literally days where I beg being an addict at times again because life was easier. I didn’t need to care or worry, or even concern myself about trivial bollocks. I could just take heroin and crack, forget the world and go about my daily business. I joked to Kai that I had been a smack head and in recovery at clearly the wrong point in my life, because now, I wake up some days just needing it.

When I wake up and my joints ache like they did when I first went cold turkey is the utter worst part of this. The difference being is that it is because my body is now broken and I’m wise in myself not to touch anything opiate based unless it is an emergency. I hurt almost constantly and having addiction issues to the one thing that in times might actually help me, is the actual worst.

Would I take it back though? Would I fuck

My life is worth living and being a part of and being sober from all of this made me more human than I could ever imagine. I found myself, my love, my passions. I mean sure, I have shit days and REALLY SHIT DAYS but isn’t that what both life and recovery is honestly about?

My Battle With Addiction

I don’t remember if I have properly spoken about how I’m a recovering drug addict, but I had spoken before publicly about it.

I try not to romanticise drug use, but heroin was a warm blanket knitted by god themselves. I felt no pain, no sadness, only calm. This is why I could never touch it again. I am still in love with the drug, and I feel as if I will always have an attachment to it.

Crack was different. It gave me confidence. Something I never had all those years ago. I used to be a huge push over and would gavepeople walk all over me. Crack stopped that from happening. It was fun. But I know I never had the same relationship I had with it, as I did with heroin. The last time I tried crack was a few years ago, and after I was on it, the next day I didn’t have the cravings I used to have. It was the point in my life that I knew I no longer had a problem with it. To that day, I still haven’t touched crack.

You see, being queer and drugs go hand in hand with each other. It’s an escape route for a lot of people. Drug addiction is really common in the LGBT community for this reason. When you have so many people telling you that you are wrong or gross, you want to escape all that bullshit.

I can be totally honest and say that I was a “trash can junkie”. I didnt give a fuck what drugs I could get my hands on, I just wanted to escape my feelings and pretend that being queer wasn’t a problem for me. I wanted to be normal, just like everyone else, and the one thing we all had in common was that we all loved our drugs.

Now it’s totally different. I would be lying if I said that I never touched drugs again. Fuck that. Every now and again I will take mkat, or maybe a couple of lines of coke or some MDMA. But the reasons now are totally different. I take these because I want to take them. And not because I have to escape from my problems. I want to have a good evening, chat bollocks and make friends, not pretend that I’m not queer.

I will always have a relationship with drugs, but I want it on my terms now, and not because I have to.

Because One Is Clearly Not Enough

I love tattoo’s.
Scrap that. I ADORE TATTOOS. Be it on my own body or on others, there is something about having art permanently on a body that really gets me going. 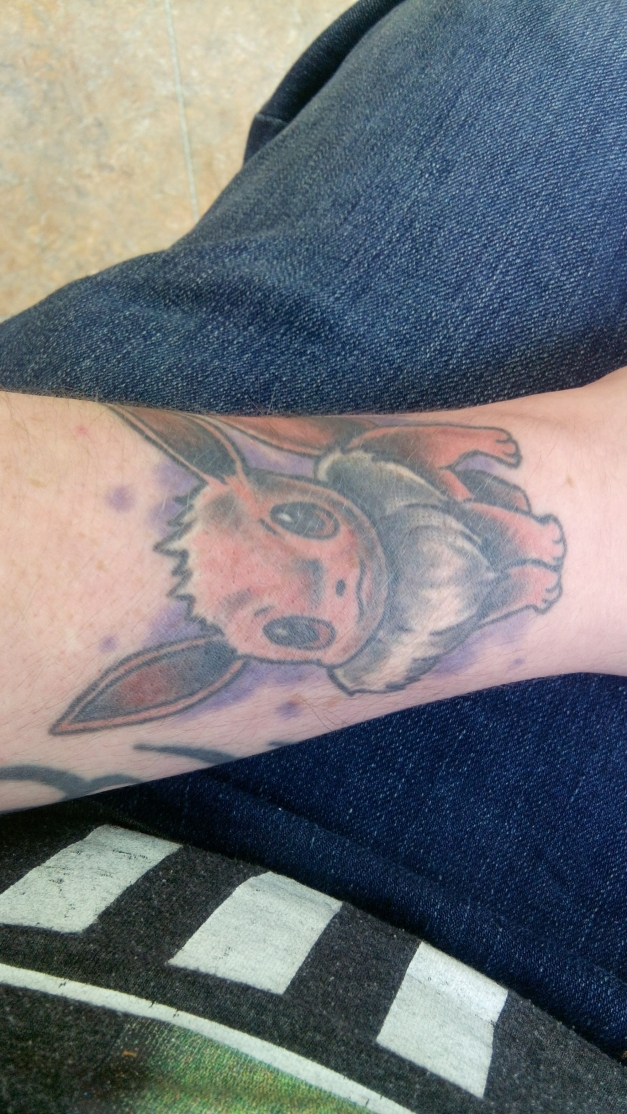 My eevee, photo taken by me

I have quite a few tattoos, most of them are on my arms, though I’m progressing to other parts of my body. I got my very first one when I was 13, its a dolphin in my stomach. Honestly it was a quick choice and I haven’t looked back on it since. The first one was because I have a MASSIVE scar on my stomach from an illness as a baby, and I wanted something to detract away from it. I then became addicted to tattoos.

Slipknot logo, photo taken by me

I am always looking for more tattoos and this post is actually more about what I want to get and why and less about what I already have.
For starters I’m planning to finish of my eeveelution sleeve. Which is going to be the longest time consuming piece because of all the Pokemon I’m having put on me. Secondly, filling the space will be pokeballs, hearts, flowers, and some other bits thrown in, that will be kind of little hidden surprises. 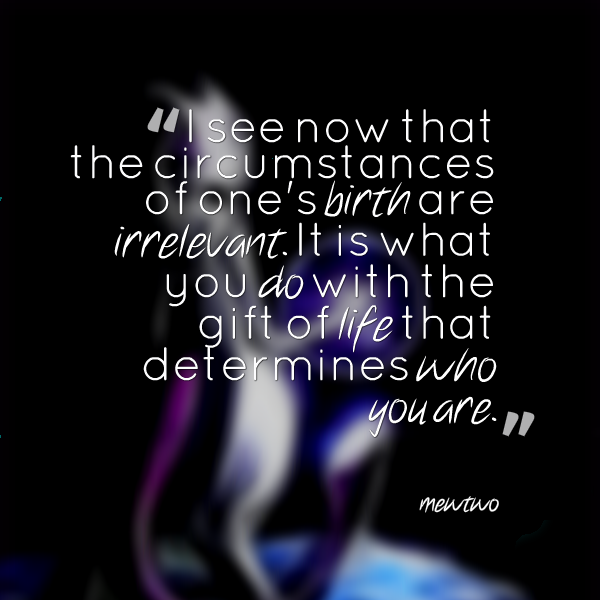 As well as the eeveelution sleeve, I am also planning to get this quote. I decided that if I was going to get a quote, that it had to be something memorable and something that means a lot to me. This. This one quote is the perfect description of me recovering drug addiction, coming out, starting transition and beyond. I showed my mum it and she told me that it was perfect. That was all the proof I needed and eventually I’m getting it done , after I’ve had top surgery or at some other point.

Not pokemon related, but I’m in serious need of a cover up on my shin. Basically I allowed my best friend to tattoo me whilst she was practicing, and whilst it’s a great practice example, for a first time. It needs to look pretty. I’m going to try and get a tribal style that kind of goes with my drawings, and its going to be black with small hints of colours. 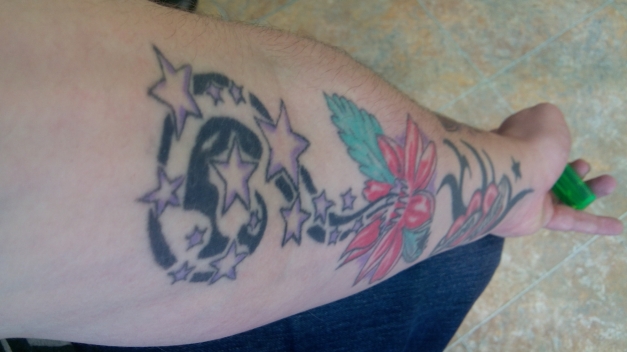 Arm pieces, Photo taken by me

There will be others eventually that I will list off, but right now that’s all I’m looking for, its a lot of work, but I’m willing to go through the pain to have beautiful work on me