If you have been following my blog, or know me, you would know that I’m Transgender. I have made no attempt to hide it either in my public life or on my blog. If you have just happened to have stumbled on my blog for the first time. Hiiiii, welcome to my blog. You have probably found me in the darker recesses of the internet, lurking in the corner. Please be aware that this post (as most of my other posts) contains some language viewers might find upsetting.

So, I bet you have been waiting for me to do a review on “Girls to Men” the channel 4 documentary film that has just recently been show. Well that’s not happening. I am point blank refusing to watch it on moral grounds, and I’m not being swayed on this.
Originally the show was to become something totally different, it was even named differently. The shows original name was “The testosterone diaries” and was to be about trans masculine identified people. The show was advertised on FTMB and other groups and several people I know, love and care about decided to take part in it. Even myself and Kai were willing to take part in it (something we are now thankful for that we didn’t) to show the different varieties in trans masculine identities.
What the producers and film makers did was totally destroy the image that trans people have been working their butts off to stop. They also broke the law by showing clips and video footage of trans people, who didn’t consent, and it ended up talking mainly about surgery. Almost implying that every trans masculine person would want/ could have surgery. Something which is a fucking lie. They even stopped some people from taking part because they were mentioning non-binary trans folk and also how piss poor the NHS is. Something that actually needs to be spoken about.

If you ever want to hear the real stories. Do not look for a documentary done by channel 4, unless the whole team working on the editing and filming are trans. Do not watch anything that depicts us a freak show, or looks like a shock doc. If you want the real stories, watch the programmes we edit and make our self’s. Visit Trans blogs, and speak to trans people about their own real personal experience. Google is a wonderful place to educate yourself. That’s might even how you found this blog post. Just please, view things that don’t exploit or whitewash a marginalised community. There is more to being trans then what’s on TV.

I however want to say that I do feel sorry for the trans people involved. We know that the media finds ways to make people look bad, and we do not blame anyone who agreed to take part. We know that you have been the biggest people lied to, and I am here if you ever want to talk about it. Channel 4 have done this to several shows and we understand that this always hurts the innocent people who took part. 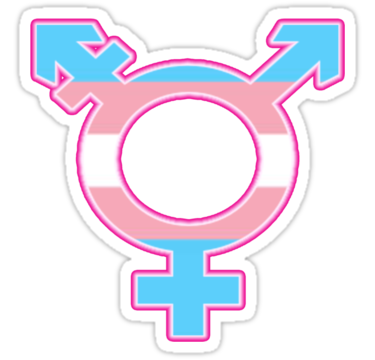 I hope that Channel 4 apologises for their behaviour but I am not holding their breath.

7 comments on “Television And Transition”